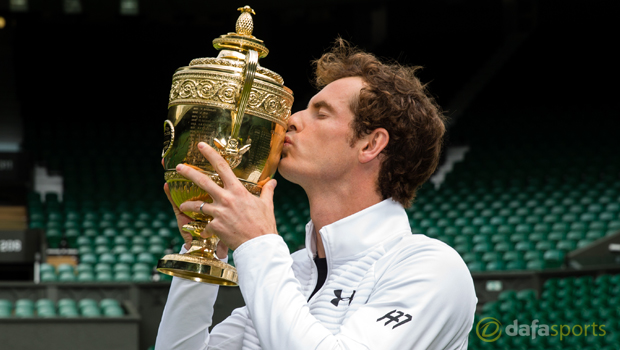 British number one Andy Murray believes he can get better and is targeting further success in the Grand Slams after Sunday’s Wimbledon glory.

Murray became just the 12th man to triumph at the All England Club for a second time after defeating Canadian Milos Raonic in straight sets on Centre Court.

The Scot, who led Great Britain to the Davis Cup title last year by beating Belgium in the final, was in supreme form and managed to see out a 6-4 7-6 7-6 win.

It was relief for the 29-year-old, having already suffered two painful defeats to world number one Novak Djokovic in the Australian and French Open finals this season.

The duo joined forces for a second time just before the start of Queen’s and that ended with a historic victory, with Murray ousting Raonic in the final.

Picking up a first Wimbledon trophy since 2013 could provide the spark needed to kick on in the major events from now on and the world number two has sent a warning shot to his rivals.

“I still feel like my best tennis is ahead of me, that I have an opportunity to win more,” he said.

“Everyone’s time comes at different stages. Some come in their early 20s, some mid 20s.

Hopefully mine is still to come.” Next up is the US Open and Murray is second favourite at 4.50 to clinch a title he last won back in 2012 – his first Grand Slam success.

Djokovic, although exiting Wimbledon early this year, is leading the market at 1.91 while Swiss legend Roger Federer is a 9.00 chance.