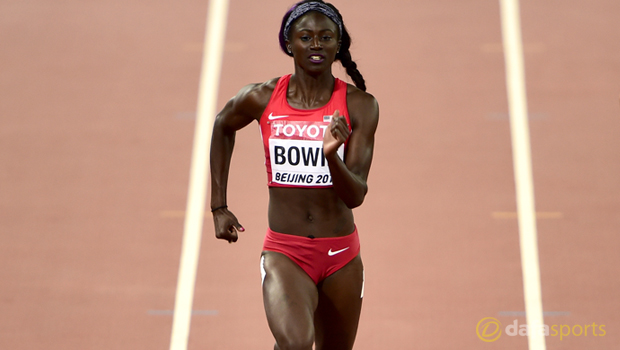 Tori Bowie admits events couldn’t have gone much better after her victory in the 200m at the American trials booked her spot in the USA’s team for the 2016 Olympics in Brazil.

Bowie, who finished third in the 100m at the 2015 World Championships in Beijing, managed to record victory in a time of 22.25 seconds, narrowly ahead of Deajah Stevens (22.30).

Jenna Prandini was able to snatch third with a good lunge at the line, clocking a time of 22.53 to end up ahead of Olympic 200m champion Allyson Felix, who was not at her best. The latter, who was hoping to go for an unprecedented 100m and 200m double in Rio, missed out on qualification and she admitted her lack of pace really hampered her in the closing stage.

“I gave it all I had but it just wasn’t there today,” Felix said. “It’s like a dream come true, coming to the Olympic trails and leaving being the champion.” It was despair for Felix but for Bowie, who will be participating in her first Olympics, the race could not have unfolded any better after what was a brilliant performance.

“It’s like a dream come true, coming to the Olympic trails and leaving being the champion,” she said.

Bowie could also feature in America’s 4x100m relay team as the defending champions look to retain their title ahead of the likes of rivals Jamaica, who took silver in the event at London 2012.

Elsewhere, on the final day of the trials, there was a stunning run from 30-year-old Kerron Clement as he won the 400 metres hurdles in 48.50 seconds to make the Olympic team for a third time.

The American picked up silver in the same discipline back in 2008 at Beijing before clinching gold in the 4x400m relay to conclude those Olympic Games.