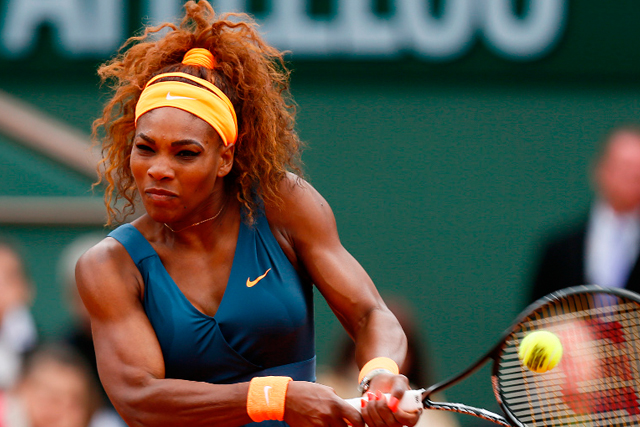 “It will be a good match,” said the 31-year-old former French Open champion, who extended her win streak to 28 after crushing Roberta Vinci 6-1, 6-3 to barge into the Last Eight.

“The last time we played here she won, so that will probably get her pumped up and she’s on a comeback,” said the 15-time Grand Slam champion of the Russian opponent.

Now, the American Olympic gold medallist knows the calibre of her opponent and expects her 28 win streak and her chance to lift a second Roland Garros trophy to be in danger.

“So it’s not going to be an easy match for me. I have had some pretty tough matches this clay-court season, and I think for sure that will be another one. But it will be a good job for me to see how I go there,” said Williams.

The 39th-ranked Russian Kuznetsova, who defeated Williams in the quarters of 2009 before eventually lifting up the trophy, admitted that she, too, is excited to play against “the best in the world right now”.

“I mean, she’s the best in the world so far. She’s been playing unbelievable tennis,” said the Russian. “But I believe that I have the game and my good days, as well. Let’s cross fingers I will have a good day on that one.”