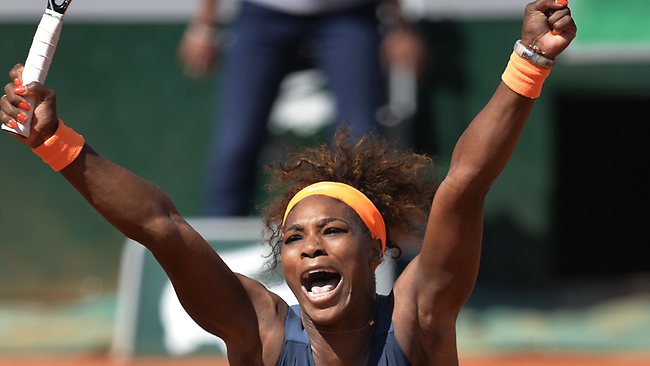 Serena Williams showed exactly why she is the one to beat in women’s tennis right now, coming from behind to defeat Svetlana Kuznetsova 6-1 3-6 6-3 to book her semi-final place at the French Open.

The world number one showed little sign of what was to come after cruising through the opening set and looked right on course to make her first semi-final in Paris since 2003.

Kuznetsova, the 2009 champion, turned the match on its head in the second set, breaking the American three times in – the first time Williams had dropped serve in the tournament so far – to level the match before taking control in the decider with another break in the first game.

The American, who is looking to add to her one and only French Open title from 2002, then survived two break points at 0-2 down, which proved to be the catalyst for a turnaround in fortunes.

Having survived that huge scare, there was going to be no further let up from the tournament favourite as she won six of the last seven games to book her place in the last four.

“It was very difficult and I am very tired,” said Williams.

“Svetlana played very well. She has won this tournament before so I am happy to get through such a tough match.”