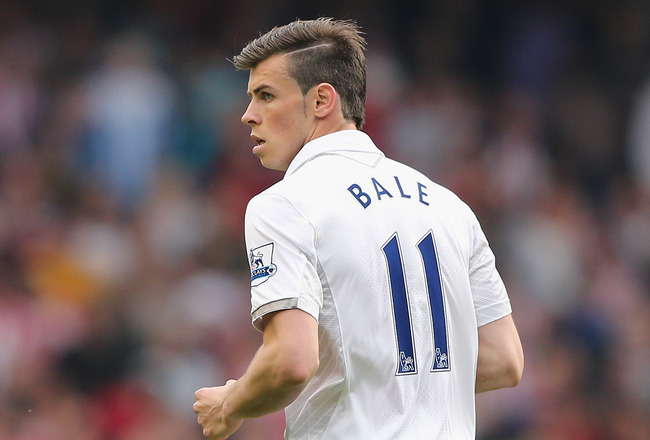 Real Madrid president Florentino Perez appears ready to test the resolve of Tottenham Hotspur after talking up the possibility of a potential move for star winger Gareth Bale.

The Welsh wizard has enjoyed a phenomenal year for the Lilywhites, winning the Writers’ and both PFA Player of the Year awards after scoring 31 goals in 52 appearances in all competitions last season.

At times it seemed as though he was single-handedly keeping Spurs in the hunt for a top-four place and with it Champions League qualification, although ultimately he and his team failed to realise the dream.

After failing to qualify for Europe’s elite competition again, Spurs’

hopes of keeping hold of their star asset are sure to be tested with the latest rumours suggesting Los Blancos are lining up what would be a world record offer to take Bale to the Bernabeu.

Perez has done nothing to dampen the speculation as he looks to add yet more firepower to a squad which failed to deliver on all fronts last term.

“He’s one of the big players out there in Europe and Real Madrid always likes big players,” Perez told Punto Pelota.

“I met Tottenham chairman Levy last year and he has an obligation to defend their interests.

“Regarding the figures spoken about Bale, players are neither cheap nor expensive, but an investment. Most expensive players are those that can be classified as an investment because, if they are very good, they produce a return.”

The Spanish giants do have previous regarding Spurs after landing playmaker Luka Modric for a fee in the region of £33m last summer, while they of course lured Cristiano Ronaldo away from Manchester United for £80m in June 2011.