Women’s Tennis: Williams through in Brisbane 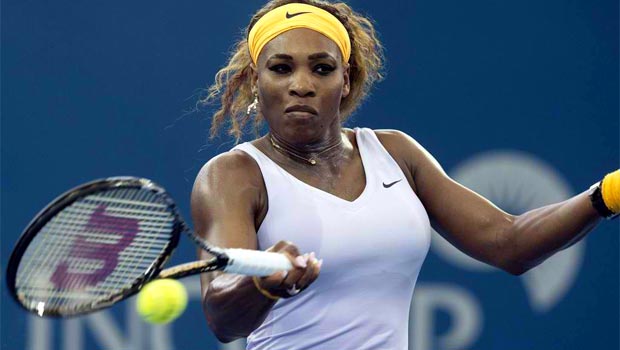 World number one Serena Williams won on her competitive return to action as she came through 6-4 6-4 against Andrea Petkovic on New Year’s Eve at the Brisbane International.

Williams wasn’t her usual dominant self due to the off-season break, making 36 unforced errors. However, she did show glimpses of her form and power, hitting 35 winners and 11 aces, including one of 122mph to bring up set point in the first.

The American started the 2013 season by winning the title in Brisbane, the first of 11 that included two grand slams in a magnificent season.

She finished the year with a record of 78 wins and four defeats, and speaking after her success over the German Petkovic, she has promised to maintain her own high expectations.

Williams said: “It was an intense match, which was really good. She’s been in the top 10 before and she was on her way to being even better. It was a good match for me.

“I had a similar question in 2012. I had such a good year winning two slams and a (Olympic) gold and two doubles. It was a lot. I just didn’t think I could do better. Arguably I may have done better (in 2013), so I’m just going to be up for that challenge again.”

Elsewhere in the tournament, the fourth-seeded Serb Jelena Jankovic made short work of Elina Svitolina of Ukraine, winning 6-1 6-3 in the second round.