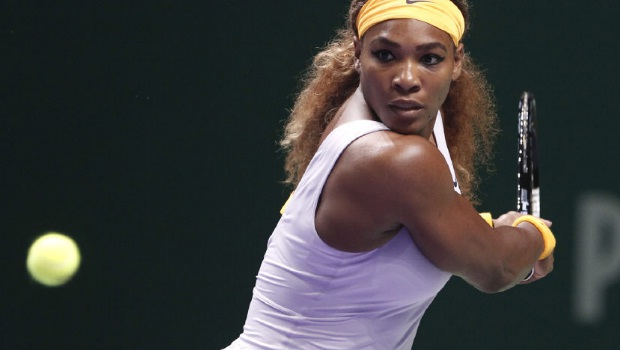 Serena Williams admits that fatigue is starting to hamper her performances ahead of Sunday’s WTA Championships final against Li Na.

The American has once again been at her imperious best in 2013, winning both the French and US Opens to cement her place as the best female tennis player in the world and she is now just five Grand Slams off Steffi Graf’s record total of 22 individual titles in the open era.

She has once again dominated this week in Istanbul, cruising through her pool in the round robin stage but she struggled to reach those heights on Saturday when she defeated Jelena Jankovic 6-4 2-6 6-4.

Although Jankovic has a decent record against her, the world number one was expected to breeze past the Serb, who herself was feeling under the weather.

However, she made a number of unforced errors throughout the match and needed a superb overhead smash to seal the deal.

Williams now faces China’s Li Na in Sunday’s final where she will be bidding for a fourth end of season title and is understandably the huge favourite.

The 32-year-old isn’t get carried away though and admits that she is starting to feel the strain of a long year on tour but has promised to fight all the way for the title.

“I’m just really trying out here,” Williams said straight after the match. “I think my body’s a little tired after so many matches – I think yesterday I kind of hit a wall. But I’m just fighting out here.

“Honestly I’m just happy to still be in the tournament, and I’m honoured to be in the final again.”