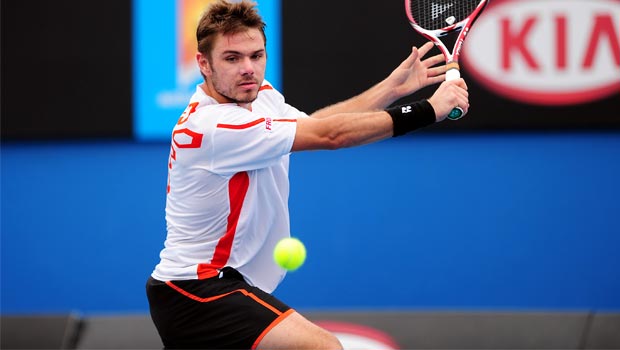 Stanislas Wawrinka will compete in his first Grand Slam singles final after beating Tomas Berdych in four sets at the Australian Open.

The win continues Wawrinka’s impressive start to the season as it comes on the back of his Chennai Open success in the opening week. The 28-year-old remains unbeaten in 2014 and seems to be in the form of his life after seeing off defending champion Novak Djokovic in the quarter-finals.

He broke once in the first set to move in front, but Berdych fought back to win the second after changing his tactics. Wawrinka was made to work hard for the third as both players fought from the baseline with some powerful shots.

Berdych made a pivotal error though with a double fault to allow Wawrinka to edge in front again, before the Swiss ace clinched the hard-fought victory courtesy of another tie-break in front of a packed Rod Laver Arena.

After the match, Wawrinka admitted he would love to play compatriot Federer in the final but can now relax and watch two giants of the game slug it out to earn the right to face him on Sunday.

He said: “It would be amazing. Roger is the best player ever. He text me last night. He is happy it is the first time two Swiss guys are in the semi-finals. I told him for you it’s normal, for me it’s not normal.

“I’m going to watch the match tomorrow with some popcorn. I have two days to enjoy this win and then get ready for my first final.”

Although he has already booked his place in the final, Wawrinka remains the outsider at 3.80 to lift the year’s first Grand Slam, with world number one Rafael Nadal priced as the 1.85 favourite while four-time winner Federer is next best at 3.30.