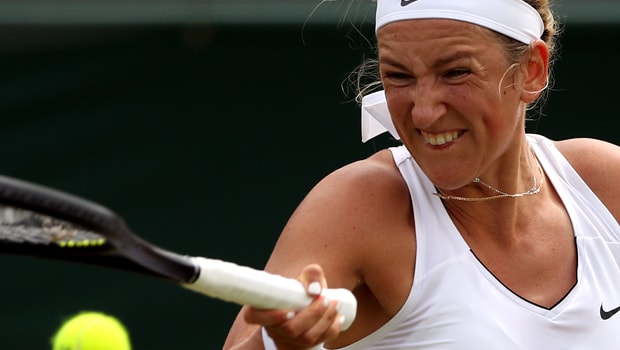 Two-time champion Victoria Azarenka has confirmed she has withdrawn from the Australian Open, which starts later this month.

The 28-year-old has been inactive on occasions in the last 12 months as she continues to handle an ongoing custody battle.

Azarenka, who won the title in Melbourne in 2012 and 2013, is the latest star to pull out and organisers had already granted her a wildcard entry.

She is now ranked at 210 in the world due to her inactivity but organisers had been hoping to see her for her first-round match on January 15.

However, tournament director Craig Tiley confirmed via Twitter that she becomes the latest top player to withdraw from the event.

He tweeted: “It’s unfortunate that @vika7 is unable to travel to Australia this year.

“The #AusOpen is her favourite tournament and she’s looking forward to returning to Melbourne next year.”

Reigning champion Serena Williams confirmed last week that she will not play after losing a recent exhibition match.

The American insists she is close to being tournament ready but she is still finding her fitness after giving birth to daughter Alexis Olympia in September.

Garbine Muguruza is the current favourite for the tournament at odds of 7.50, while Karolina Pliskova is priced at odds of 8.00.

In the men’s game Andy Murray has withdrawn as he contemplates a hip operation.

Roger Federer is the 2.75 favourite to win the tournament once again after Kei Nishikori and Svetlana Kuznetsova have also withdrawn.