Dustin Johnson happy with his start to 2018 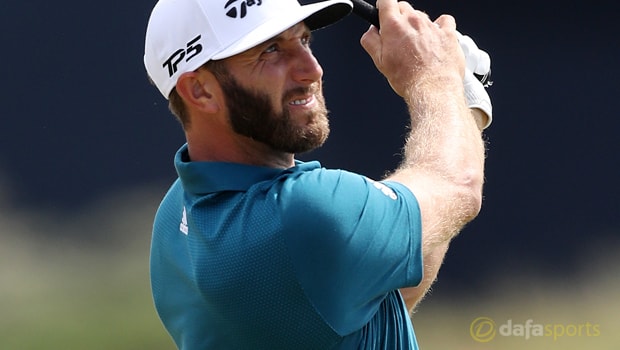 World number one Dustin Johnson says he is pleased with his start to 2018 as he recorded an eight-shot victory at the Sentry Tournament of Champions.

The American started his final round with just a two-shot advantage but he soon kicked on and moved away from the rest of the field.

Playing partner Brian Harman was his closest challenger but he struggled with the wet and windy conditions and Johnson eventually finished with a seven-under 65 which allowed to finish on 24 under par.

He made just one error at the 11th but he nearly holed the par-four 12th with a sensational tee shot.

Johnson was six inches away from an albatross but that miss did not unsettle him and he finished well clear of Spaniard Jon Rahm.

Harman finished third on 15-under par, while Hideki Matsuyama, Pat Perez and Rickie Fowler all finished one shot further back in a tie for fourth.

Sunday’s win was the perfect start to the year for Johnson as he tries to target a win at The Masters at Augusta National and he is 8.00 to claim the Green Jacket.

Speaking to the PGA Tour official website, he said: “It’s a good start if I want to do it. I got off to the right start, for sure.

“Winning every year out here on TOUR so far is big for me. I’m very proud of being able to do that.

It’s not easy to win out here. A lot of seasons I’ve only had one win, but last year was my most and hopefully I can do even better than that this year.