Philippe Coutinho excited to play with his idols 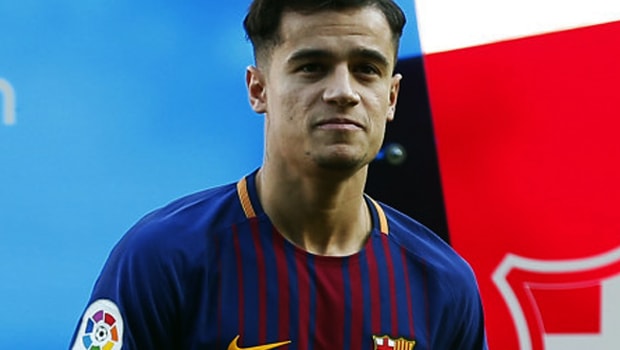 Midfielder Philippe Coutinho admits he cannot wait to play alongside his footballing “idols” as he prepares to leave Liverpool and join Spanish giants Barcelona.

The Brazilian was heavily linked with a move in the summer but Liverpool stood firm and rejected a number of bids from Barca.

Coutinho played a crucial role for the Reds as he scored seven goals to help his side move into the top four in the Premier League.

However, Barca had a bid accepted for £146million at the weekend and Coutinho was briefly presented to the media on Sunday.

He was expected to complete a medical on Monday before attending an official press conference and Coutinho insists he will do his best to impress his new team-mates.

“I have always said that it is a dream that I am living and I am very happy to be here.

“To be able to play, win titles, make the fans happy… always play with joy.

It is incredible to know that I am going to live with idols, players with a lot of history.

Coutinho could make his debut for the Catalan side on Thursday as Ernesto Valverde’s men play Celta Vigo in the Copa del Rey.

They were held to a 1-1 draw in the last meeting on Thursday and Coutinho could play his part but he will be cup tied for the Champions League.

Barcelona face Chelsea in the next round and they are 7.50 to go all the way and win the competition.