Wimbledon 2013: USA down and out already 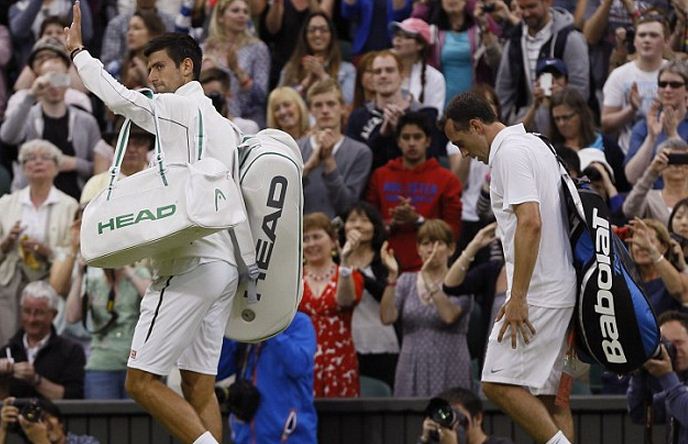 The United States will not be represented in the third round of the men’s competition at Wimbledon for the first time in over a century.

There have been some big shocks already as we approach the end of the first week at the Wimbledon tennis championships, with big guns Rafael Nadal and Roger Federer forced to watch the remainder of the action from the sidelines.

For the American contingent, interest was over as early as Thursday when Novak Djokovic beat qualifier Bobby Reynolds. Former top-five player James Blake lost to Bernard Tomic of Australia while qualifier Denis Kudla was beaten by Ivan Dodig of Croatia.

This from a nation that once boasted such giants of the court such as John McEnroe, Pete Sampras and Jimmy Connors.

One of the vanquished, Kudla, believes that the future is bright stateside though.

“It’s a tough stat to hear, but I still believe, right now, where US tennis is, not too many guys are in their prime. That’s why the numbers are like that. But a lot of guys are, maybe, in the tail end of their careers and a lot of guys are coming up,” he said.

“Maybe next year, or the year after that, things could change. You have to go through a little bit of a struggle to get some success.”