Tomas Berdych finished for the season 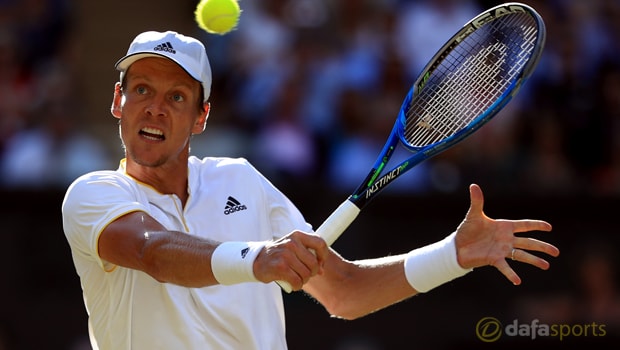 Tomas Berdych has confirmed via social media his season has come to a premature end but he has made the decision in order to fully fit for the 2018 Australian Open.

Berdych has endured arguably one of his poorest seasons since turning professional in 2002 and this will be the first time since 2013 he has failed to win a tournament in a calendar year.

The Czech Republican did managed to make the semi-finals at Wimbledon for the second successive year but he was outclassed by Swiss legend Roger Federer, losing in straight sets.

Since the Grand Slam at the All England Club, the 32-year-old has only featured in four more events with the last appearance coming at the China Open in Beijing – where he fell short in the round-of-16 to Russian Andrej Rublev.

Berdych was scheduled to play at the tournaments in Vienna and Paris but he has been forced to withdraw from those because of a troublesome back injury.

The Czech, who is yet to break his Grand Slam duck, has confirmed his season is now over but he is looking forward to returning to full fitness at the turn of the year.

“I am sorry to let you know that I am forced to call the season off,” Berdych posted on Twitter.

“I am sorry that I won’t be able to compete in Vienna and Paris, but I really think it’s best for me to be ready and healthy for the January tournaments and the Australian Open, which is one of my favourite tournaments.”

Berdych is a massive 101.00 shot to win the 2018 Australian Open whilst Federer and Nadal, who shared the four major events this year, are the joint-favourites at 4.00.