F1: Sebastian Vettel not giving up the ghost 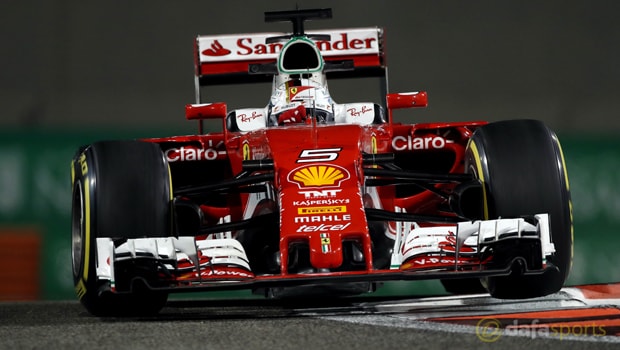 Ferrari’s Sebastian Vettel says he is refusing to give up on a fifth world title this season and hopes to start a miraculous comeback at the United States Grand Prix on Sunday.

Vettel had led the Drivers’ Championship since the opening race in Australia until last month and it will take a monumental effort to turn things around with only four grands prix remaining.

Title-rival Lewis Hamilton has been in supreme form for Mercedes over the last five races, having won in Belgium, Italy, Singapore and Japan whilst clinching second in Malaysia.

Britain’s star has now opened up a 59-point lead at the top of the standings and, if everything goes to plan in Austin this weekend, he could be crowned champion for a fourth time.

However, Vettel is refusing to give up and, having seen car issues hinder the Silver Arrows at times this season, the German is hoping he can put the pressure on in Texas.

“In English, they say it’s not over until the fat lady sings,” he told reporters in the US Grand Prix paddock.

“We need to make sure she shuts up for quite a while. We are still in there, our chances are slimmer than they have been some races ago. There is a chance. We’re going for it.”

Hamilton is chasing a sixth triumph at the Circuit of the Americas and he is the firm 1.80 favourite to achieve this feat whilst team-mate Valtteri Bottas is a 7.00 chance.

Vettel, who has retired from two of the last three races, is priced at 3.00 while the second Ferrari of Kimi Raikkonen, who is yet to win this year, is at longer odds of 13.00.