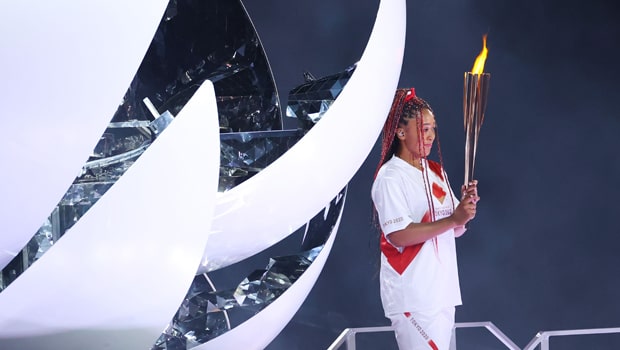 The Tokyo 2020 Olympics are currently underway and we have seen some action in the tennis sport already. Naomi Osaka had the honour of lighting the Olympic Torch to begin the ceremony, being the first active athlete to have such privilege. Osaka had been away from tennis since she pulled out from the French Open, citing mental health issues. But her first game at the Olympics ended in victory as she defeated Zheng Saisai 6-1 6-4. “I feel definitely a little bit refreshed and happy again,” an excited Osaka said after the win. In line with what she did at the French Open, she did not stop to talk to the reporters who were present at the arena.

World number one, Ashleigh Barty, however, had a bad time as she lost on her first Olympic outing. Barty came to Tokyo just a few weeks after winning the Wimbledon Championship, her second Grand Slam title. She lost 6-4 6-3 to Sara Sorribes Tormo, ranked 48. But she is not out of the competition as she would team up with Storm Sanders for the doubles.

On the men’s side, Daniil Medvedev stunned Alexander Bublik after defeating him 6-4 7-6 (10-8) on Sunday. World number one, Novak Djokovic, who is hoping to complete a golden slam this year, won his first-round match against Hugo Dellien 6-2 6-2.  Both Medvedev and Djokovic have complained about the temperature situation there in Tokyo, asking for the matches to be moved to later in the day when it is cooler. Djokovic said, “You feel you have weights on your shoulders because there’s so much heat and humidity and stagnated air. You don’t feel yourself, you feel slow with your legs. It’s not the first time we get to experience tough conditions. I spoke to a couple of guys in the locker room and all of them said this is the toughest that they have experienced day today. I don’t really get why ITF [the International Tennis Federation] doesn’t want to move the matches.”

Andy Murray has pulled out the men’s single due to a minor thigh strain. But he would compete in the doubles event, paired with Joe Salisbury. Liam Broady, who is the remaining man in the British team to play a singles event, has advanced to the second round of the tournament.