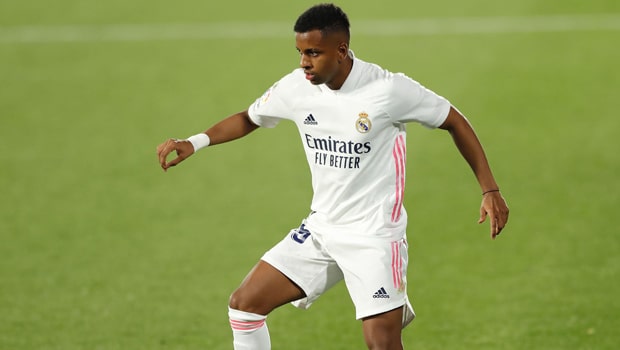 La Liga side Real Madrid recorded a 1-0 loss in their first Pre-season game and their first game since the re-appointment of Carlo Ancelotti.

The Los Blancos finished second behind city rivals Atletico Madrid in the La Liga last season, an occurrence that saw the exit of Zinedine Zidane who left the position.

Ancelloti was with Premier League side Everton before he was contacted by Real Madrid which he moved without hesitation.

Real Madrid without some of their biggest stars last season went ahead in the 8th minute of the first half of the game through Brazilian youngster Rodrygo.

However, the second half saw the defensive pairing of Nacho and Spanish youngster Victor Chust, crumble after Zambian forward Fashion Sakala scored the equalizer ten minutes after the break.

Last season skipper Sergio Ramos has since left the club to join Paris Saint-Germain in the French Ligue 1 although the team got former Bayern Munich defender David Alaba joining the side.

Nevertheless, the defensive problems the team may face next season were immediately evident.

Cedric Itten scored the winner for the Scotts on the 77th minute despite only coming on 17 minutes earlier.

Real Madrid has started preparation for the new season but asides from David Alaba, Real Madrid haven’t brought in another player but is in danger of losing Raphael Varane to Manchester United.

Meanwhile, Marcelo has also been named the team’s captain ahead of the new season after being handed the number 4 shirt.

Across the city of Madrid, Fernando Torres could be returning to Atletico Madrid after leaving the team in February on a personal note.

However, his return will be with the backroom staff as the coach of their ‘Juvenil A’ (youth) side ahead of the 2021/2022 season.

His return was announced in a statement on the club’s official website.