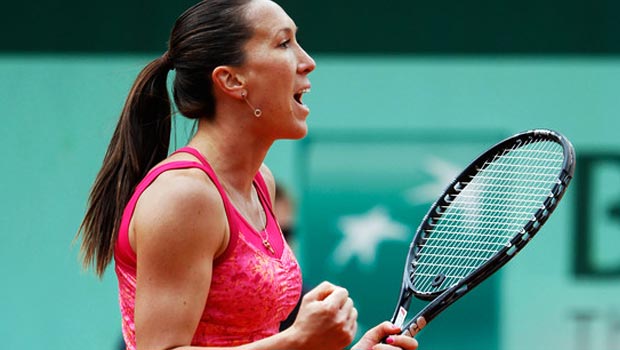 Jelena Jankovic felt no ill effects following a back injury as she routed Caroline Wozniacki in straight sets to set up a quarter-final meeting with second seed Agnieszka Radwanska at Indian Wells on Wednesday night.

The Serbian former world number one admitted she was unsure of how she would feel on court after a painful experience in the previous round but came out firing to clinch the first set 6-3 against Wozniacki, like Jankovic a former winner of the tournament.

Jankovic then went 5-0 up in the second set and threatened to bagel the Dane in front of her watching fiancee, golfer Rory McIlroy, before Wozniacki held at 40-love to eventually bow out 6-1.

Jankovic will be in confident mood when she faces Radwanska, who beat 22nd seed Alize Cornet 7-5 6-3, in the quarter-finals – her first time in the last eight at Indian Wells since she won the tournament in 2010.

“I kind of found my way, found my rhythm, and I was striking the ball very well out there and took control of the points,” Jankovic said. “I just did not let her play what she plays. That was very important.”

The win ended a five-match losing streak for Jankovic against Wozniacki, with the Serb later admitting that she didn’t hit on Monday and felt too stiff to put her shoes on.

Radwanska needed to tough it out in the first set of her last-16 clash with Cornet, who stunned world number one Serena Williams in the semi-finals at Dubai last month.

The Frenchwoman rallied from a 4-1 deficit in the opening set, breaking Radwanska twice as she won four straight games to take a 5-4 lead.

But serving for the set she wasted two set points, the second with a double-fault, and Radwanska didn’t look back to set up the quarter-final clash of former Indian Wells champions.

The Pole holds a 4-2 head-to-head advantage over Jankovic, having taken the last four meetings – all on outdoor hard courts.

Radwanska is the 1.71 favourite to make the semi-finals with Jankovic 2.17 to progress while the Serb can be backed at 2.03 to take the first set.