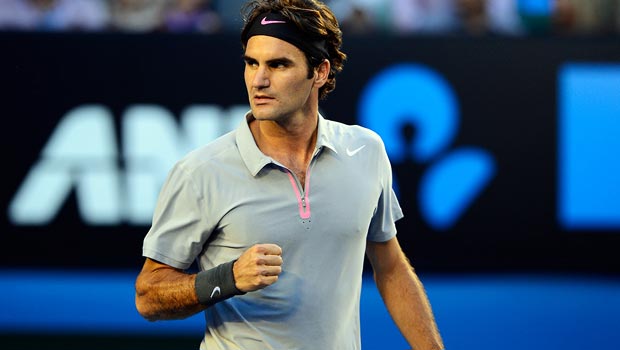 Roger Federer continues to prove the doubters wrong and having reached the Indian wells semi-finals, admits he is full of confidence at the moment.

Many felt Federer’s time had been and gone after the Swiss ace dropped outside the top five in the world, but despite that the veteran looks to be ready to challenge the world’s best again.

Federer looks to have completely turned around his fortunes, having collected just one ATP Tour in the whole of 2013 – the grass court event in Halle, Germany.

As he prepares for a busy summer ahead, the 17-time Grand Slam champion is happy with how his game is shaping up and has been surprised by how quickly things have improved.

Federer said: “There is a sense of calmness to my game right now. Also confidence. But also that grit and wanting to win badly feeling is out there, which was hard to find at times last year.

“So now I’ve got it all. That results came as quickly as they did, maybe that did surprise me a little bit.”

Federer is into the last four at the BNP Paribas Open, after a straight-forward, straight-sets win over Kevin Anderson of South Africa.

The Fed Express secured a tenth ATP Tour match victory in a row, securing a place in the semi-finals with a 7-5 6-1 success.

Federer will now face Alexandr Dolgopolov, who added Milos Raonic to his list of scalps at Indian Wells this week. Having already knocked out world number one Rafael Nadal in round three, Ukrainian Dolgopolov was too strong for Raonic, the conqueror of Andy Murray, winning 6-3 6-4.