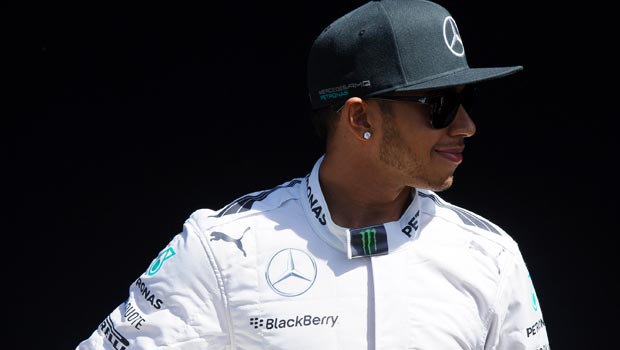 Lewis Hamilton will be on pole position for Sunday’s first race of the new Formula One season, the Australian Grand Prix.

The British driver dealt with the conditions best in his Mercedes, a big turn around for Hamilton who started the week with a technical failure in the first session of practice on Friday.

With just a few minutes remaining in the now shorter qualifying one period, the rain started to fall in Melbourne to test the drivers and teams even further.

But Hamilton highlighted Mercedes’ dominance by claiming front spot on the grid for Sunday’s race and, in the process, bringing him level with Nigel Mansell in joint-sixth in the all-time Pole Position list with his 32nd.

The 29-year-old admitted afterwards that it had been an ‘interesting weekend’ so far and revealed that the conditions made things ‘so much harder’.

Hamilton went on to add: “The new cars are harder to drive in the wet and it’s the first time for me driving in these conditions – as I’m sure it is for a lot of other drivers. But to be up here is a great showing for the team.”

Hamilton’s team-mate Nico Rosberg qualfied third on the grid while Daniel Ricciardo, in his first Grand Prix for Red Bull, will start on the front row.

Ricciardo’s achievement was made all the more impressive as team-mate and current world champion Sebastien Vettel finished qualifying outside the top ten.

The German only failed to qualify in the top three once in all of last season’s races but will start Sunday’s race in 13th and complained that he was unhappy with the “drivability” of his car.

F1 new boy, Kevin Magnussen, made an impressive start in his McLaren when claiming fourth place in qualifying – just ahead of Ferrari’s Fernando Alonso.