No sweat for Serena Williams in sticky Queens

Posted by Daniel Martin on September 2, 2014 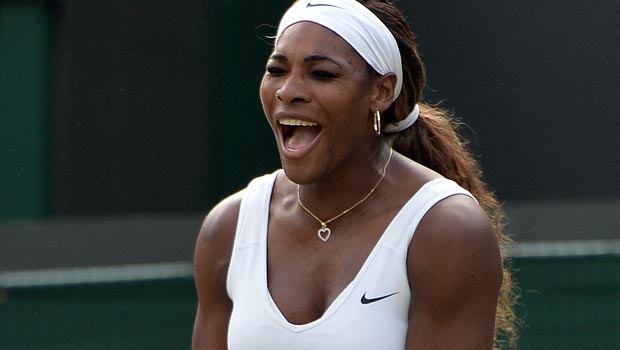 Top-seeded Serena Williams bulldozed her way into the quarter-finals of the women’s US Open by beating Kaia Kanepi of Estonia 6-3 6-3 at Flushing Meadows.

The world number one made light of the sweltering conditions in New York City and needed just 64 minutes to clinch a lop-sided win to advance to the last eight at Flushing Meadows for the 12th time in her glittering career.

The American powerhouse remains on course for a third consecutive US Open title and sixth overall.

The multiple major winner never looked in any trouble of becoming the latest high-profile seed to make an early exit in Queens and is the current 1.52 market principle with Dafabet to prevail on home soil.

Kanepi had caught the eye with upsets against former US Open winner Samantha Stosur and number 15 seed Carla Suarez Navarro in her second and third round matches respectively, but was no match for Williams.

The 32-year-old dropped just four points on her devastating first serve and the win put Williams in her first Grand Slam quarter-final since she captured her 17th title in NYC last year.

“I never thought it would be so exciting to reach a quarter-final,” she said. “It feels good. Obviously, I don’t want this to end.”

She added: “I’m playing a little better than I was in the beginning of the year. I think I played really well in Brisbane. I didn’t play well again until I think maybe Cincinnati. So I’m just being more consistent, and I’m also a little more relaxed.”

Williams will next take on number 11 seed Flavia Pennetta, who was a straight-sets winner against Casey Dellacqua.

Williams is 5-0 against Pennetta, most recently beating the Italian 6-2 6-2 last month in Cincinnati.