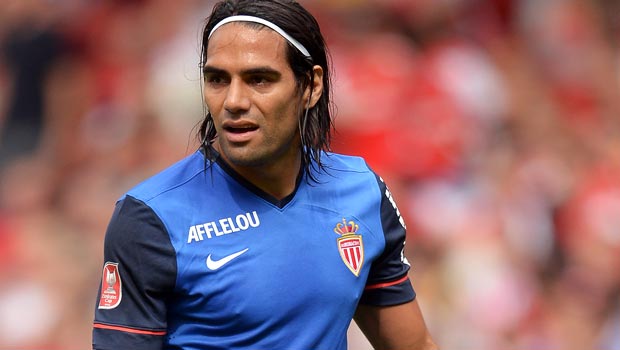 New £6million loan signing Radamel Falcao has said he wants to give Manchester United supporters “a lot of happiness, goals and titles”.

The Colombia striker was confirmed the latest marquee arrival at Old Trafford in the early hours of Tuesday and joins fellow deadline-day capture Daley Blind from Eredivisie champions Ajax. Netherlands utility man Blind signed for £13.8million on a four-year contract.

Falcao’s high-profile loan arrangement includes an option for the former Premier League champions to buy the 28-year-old for £43.5million.

The Santa Marta-born striker earned his reputation as one of the world’s most sought after goal-getters in a three-year spell with FC Porto, which earned him a move to Atletico Madrid.

He went on to score 53 La Liga goals in a devastating two-year stint with the Primera Division champions and won back-to-back Europa League titles before then making a shock £50million move to Ligue 1 big-spenders Monaco, scoring 11 goals in 20 French top-flight appearances.

His dream of firing Colombia to World Cup glory in Brazil this summer was shattered by an anterior cruciate ligament injury he sustained in January, but he returned for the start of the new season in France and registered two goals in three games.

“For me, it was a dream to play in the Premier League. I always wanted to be here because this league is very good,” Falcao told his new club’s official website.

When asked if he had a message for United supporters, he replied: “I want to say thank you because I have read a lot of messages from them. And I hope I can give them a lot of happiness, goals and titles.”

Old Trafford manager Louis van Gaal added: “When a player of this calibre becomes available, it is an opportunity not to be missed.”

Manchester United are currently priced 17.00 by Dafabet to win the Premier League title this season.