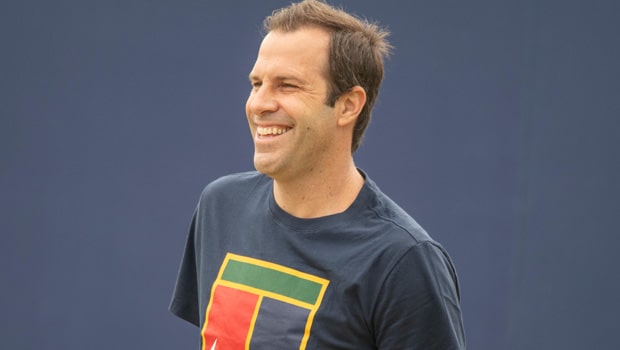 Former British number one Greg Rusedski reckons Stefanos Tsitsipas’ triumph at the Rolex Monte Carlo Masters has put him among the favorite players for the French Open alongside Carlos Alcaraz, Novak Djokovic, and Rafael Nadal.

Djokovic and Tsitsipas had played a thrilling five-setter in the previous season final of the Roland Garros. Meanwhile, Rafael Nadal is always a favorite for the French Open and he got off to a dream start in the ongoing season as he had a record 20-0 before losing the Indian Wells final against Taylor Fritz.

Subsequently, the Spaniard had to miss out on Monte Carlo due to a fracture in his rib. Furthermore, he will miss Barcelona Open as well as Madrid Masters. The veteran has however started to train at his own academy in Mallorca.

On the other hand, Novak Djokovic hasn’t had enough match practice and lost in the second round of the Monte Carlo Masters against Alejandro Davidovich Fokina. Djokovic has played only four matches this season, out of which he has won two and lost as many.

Speaking on Amazon Prime, Rusedski said “What a performance to win back-to-back [Monte Carlo] titles. We saw the list of six champions to do that. All of the other names were [World] number one and Roland Garros champions.

“This puts Tsitsipas in a great position to have another run at the French Open. It puts him in the list with four guys you’d think have a real shot to win it, with Rafa [Nadal], Novak [Djokovic] and [Carlos] Alcaraz. It’s exciting times for men’s tennis.”

Meanwhile, Carlos Alcaraz recently won the Miami Open and became the youngest ever to win the tournament. Alcaraz is in good form and will fancy his chances to go all the way in the French Open.

Showering praise on the Spaniard, the Briton said, “He’s just that good. He’s a phenom. He’s ridiculously good. He won Miami and only lost this week to an inspired Korda where he still had his chances. I’m putting him in the conversation (for the Roland Garros title) because he is special.”