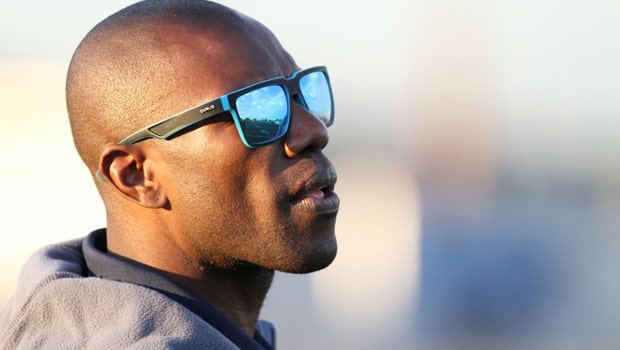 Terrell Owens is playing football again just like in his best years in the NFL, but T.O. is now part of a totally different league. Owens is one of the most recognizable players in the NFL, he’s won multiple awards as a wide receiver for six teams. In addition to playing in the NFL, Owens played in an indoor football league for a short period of time.

Terrell Owens’ last NFL team was the Seattle Seahawks in 2012, as part of the practice squad. He last played in the league with the Bengals in 2010. He recently signed with a new football league that offers a different way of connecting between teams and fans. He is actually a member of one of the big favorite teams and he’ll likely play in many games.

Is Terrell Owens Playing in the USFL?

No, Terrell Owens is playing for the Zappers of the Fan Controlled Football (FCF). This is the second time he’s signed with a team that’s not part of the NFL. He played for the Allen Wranglers of the Indoor Football League in 2012.

Owens was a six-time Pro Bowler and he was selected as a First-team All-Pro five teams. T.O. scored a touchdown in his debut with the Zappers on April 16. Fan Controlled Football is an innovative indoor football league in the United States, made up of eight teams for this season. FCF fans choose the names of the teams and the colors of the uniforms before the start of each season. The fans also have the power to choose what kind of plays their teams will make during the game, all in real-time.

The voting power is different for each fan but overall all of them can vote to choose things related to the team during the season. An important aspect of the Fan Control Football is that the fans can’t leave the team they choose. They can’t change from one team to another during the season.

Fan Controlled Football is exceeding expectations, with multiple live stream services broadcasting the games and with a larger than expected audience. Until now the league remains true to the connection between fans and teams like no other sport in the world.

FCF teams offer high level of play, much like the NFL, with big names coming out of retirement to play there, like the controversial Johnny Manziel. Fan Controlled Football has their home stadium at Pullman Yard in Georgia, where all the games are broadcast during the season. It is the only stadium where the teams will play.

What is the USFL?

In 1983 the United States Football League (USFL) was founded to compete with the NFL The USFL held three seasons: 1983, 1984, and 1985 and now, 37 years later it is back with eight teams! The USFL’s regular season is taking place from April 16 to June and then the playoffs start, followed by the semifinals and the Championship game.