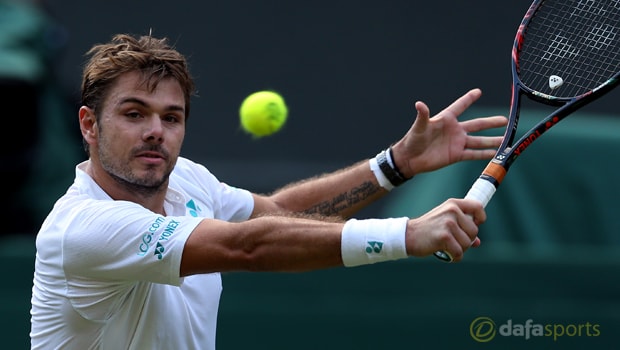 Stan Wawrinka has revealed he will skip both of the Masters events in Indian Wells and Miami to give his injured knee more time to recover.

The Swiss decided to bring his 2017 campaign to a premature close by going under the knife in August and is yet to rediscover his previous form.

Wawrinka went out in the second round of the Australian Open, before being eliminated at the first hurdle in Rotterdam.

Things got worse in Marseille when he was forced to retire in the second round due to the discomfort in his knee.

Wawrinka’s woes have seen him drop to number 12 in the world and like many of his rivals, now appears keen to tailor his schedule to get the best out of his body.

Indian Wells and Miami are the next two big events on the calendar but the three-time Grand Slam champion says he is willing to sacrifice them to improve his chances of being fit for the clay court season.

“They are both amazing events, but coming back from a big surgery after having played a few tournaments, I have discussed with my team that it is best for me to build on the progress and go back to practice,” Wawrinka said in a statement.

“I’ve enjoyed being back on tour playing matches and this gives me even more motivation to go back on the practice court.

My goal is to find my highest level again and in order to do that, I will keep working hard every single day.”

Wawrinka’s fitness woes have seen him go out to 41.00 to complete the career Grand Slam this summer at Wimbledon, while he can be backed at 21.00 to win a second US Open crown.