No distractions for Sean Dyche 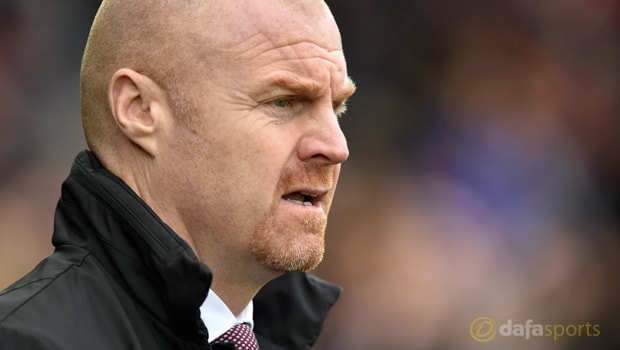 Sean Dyche insists he will not approach Saturday’s clash with Everton any differently, despite it being his 250th game in charge.

The 46-year-old took over at Turf Moor in 2012 and after some initial teething problems, has overseen two promotions to the top flight and engineered a situation where the club now appears to be secure in the Premier League.

A good illustration of this is that they are without a win in 12 in all competitions but remain seventh in the table and welcome Everton on Saturday.

It promises to be a landmark game for the coach but the situation could have been so much different, after he was heavily linked with the Toffees back in the autumn, only to stay in East Lancashire.

Neither side is in good form heading into the game, but Burnley are the 2.50 favourites to win, with both the draw and the Merseysiders available at 3.10.

Dyche has earned praise for the understated manner in which he has gone about his business in recent years and arguably deserves all the plaudits he receives for the way in which he has built a squad on what in many people’s book, is a limited budget.

The man himself says he is simply pleased to have held the fort for so long and insists the fact it is a landmark game for him will not distract his focus.

He told reporters: “I was here, I said I was going to be here and I am still here.

It was an outside story, we have had a few of them in the right way since I have been here.

“Saturday is my 250th game and I am still here, still working hard and I have still got the fire in my stomach to be successful here, to create an atmosphere and a culture and an environment that can be successful. That is my focus.”