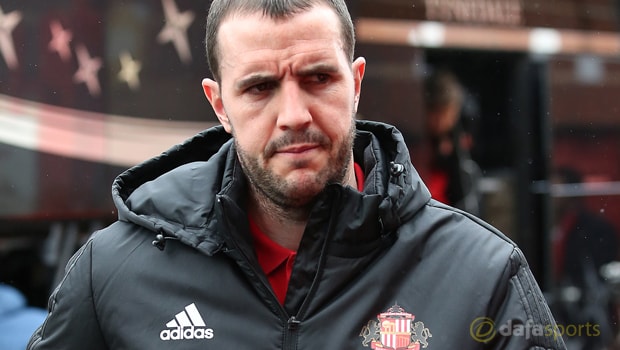 John O’Shea believes defensive resilience will be the key to Sunderland’s survival hopes.

The Black Cats’ tally of 61 conceded is the worst in the Championship and unsurprisingly leaves them bottom of the table, with 23rd place Burton themselves conceding 60 times.

After dropping out of the Premier League last term, their paucity has continued to be an issue and with 12 games to play, they are in genuine danger of a second straight relegation.

Saturday sees them travel to Millwall, a team who have steadily improved throughout the campaign and currently sit 12th after avoiding defeat in their last eight in the league.

The way in which the Lions have developed despite their meagre resources could be an example for the Wearsiders to follow in the coming years and Neil Harris’ men are 1.67 to win the game, with the draw 3.75 and Sunderland 5.50.

Having been part of a Manchester United squad who won the Champions League in 2008 and then played in the final 12 months later, O’Shea knows the importance of keeping things tight at the back.

The Irishman concedes his team simply must become more defensively sound, starting against one of the form teams in the division.

“We have to make sure we keep clean sheets while continuing to score goals,” O’Shea told the club’s official website.

“Wins are crucial now and we know they are key, so we have to start getting them and the sooner the better.”

He continued: “We know the challenge we face [against Millwall] and it’s one we’re looking forward to.

“We have to be ready for it because they have a good mix of experience and youth in their team, and like us they’re going to be up for it.”