2014 Sony Open: Andy Murray moves through the gears in Miami 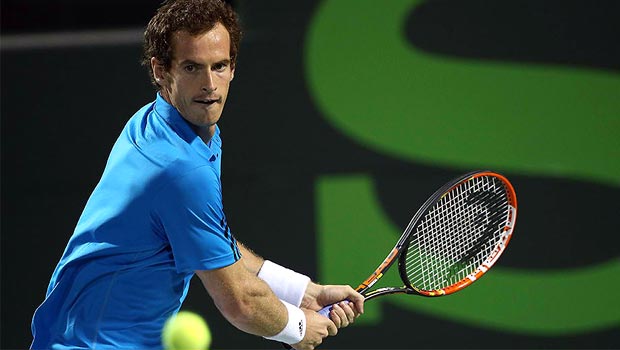 Andy Murray overcame a sluggish start to book his place in round three of the Sony Open in Miami and set up a meeting with in-form Spaniard Feliciano Lopez.

The defending champion, playing in his first match since splitting from coach Ivan Lendl, quickly found himself 3-0 down before eventually moving through the gears nicely to beat world number 67 Matthew Ebden

The British number one was unable to convert several break point opportunities after Ebden broke his serve in the second game of the match and the Australian went on to hold his nerve to take the opening set 6-3.

But the Scotsman turned the game around decisively, winning 12 out of 13 games to kick-start his title defence with a 3-6 6-0 6-1 win.

Murray broke his opponent at the start of the second set and didn’t look back, although he faced two break points in the very next game after sending a forehand long, but saved both.

The Wimbledon champion benefited from a more aggressive approach as he took balls from well inside the baseline and clinched the set without dropping a game when a net-cord went his way on set point.

He was broken in the opening game of the decider but responded by winning the next four and as Ebden ran out of steam, a second serve lodged sorrowfully in the net to gift Murray two break points.

He converted the first into a 5-1 lead and served out, taking his second match point as Ebden’s return sailed long.

“You do what you do to win a match,” said Murray afterwards. “It’s not always about how you play or how calm you are on the court, it’s about winning the tennis match. That’s what matters.”

Murray next faces Lopez – an opponent he knows well having beaten him on all eight occasions they have met including five matches on outdoor hard courts.

Murray has not lost to a left-handed opponent in well over a year and is the 1.20 favourite to progress in Miami with Lopez 4.57 to upset the Scot.