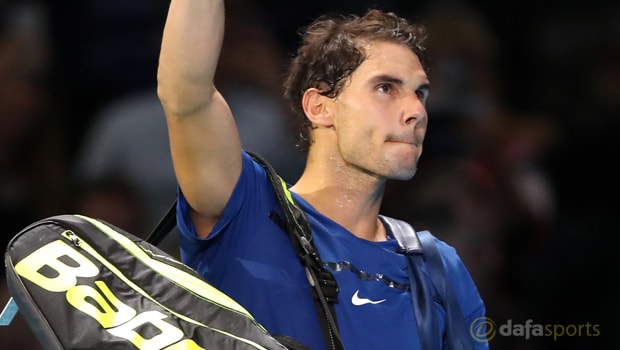 Rafael Nadal remains on course for an eighth Internazionali BNL d’Italia crown in Rome after coming through against Denis Shapovalov in their third-round clash.

Nadal is bidding to get back to the top of world rankings and he’s on course following a 6-4 6-1 victory over Shapovalov, who will become the Canadian No. 1 on Monday after his run to the Rome third round.

Top seed Nadal recorded the 20th match win of the year (20-2) and he was pleased with what he termed a ‘solid’ effort, having given up only five points on his own serve in the match.

“It was a solid match for me,” said Nadal. “I started with some mistakes on the return. But with my serve, I didn’t lose many points.

“At the beginning, I really think that he was serving big. I got the break in the 3-all. And then the match changed…he probably stopped to serve that big a little bit, and I was a little bit more relaxed.”

Home favourite Fabio Fognini is next up for Nadal, with the Majorcan having won ten of their 13 previous meetings, including the last five.

Should Nadal earn his 32nd Masters 1000 title with victory in Sunday’s final, he will replace old adversary Roger Federer at the summit of the ATP rankings. For now, Nadal isn’t looking beyond his tussle with Fognini.

“It’ll be a match against a great player, with a lot of talent,” said Nadal.

“I know I have to play well, to keep having chances and keep going in the tournament. I hope to be ready to make that happen, to play at the right level and to be competitive.”