Paolo Fonseca: I feel great in the Ukraine 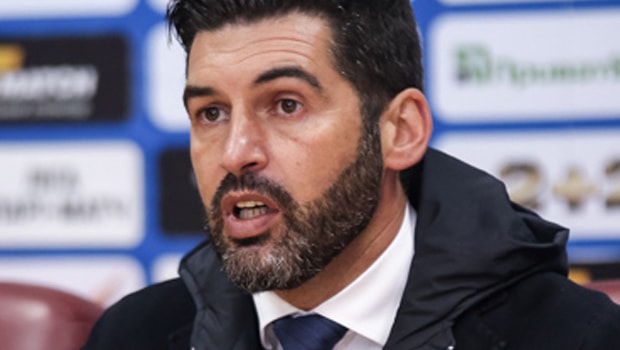 Manager Paolo Fonseca says the “special relationship” he has with everyone involved at Shakhtar Donetsk played a huge part when deciding to extend his stay at the club.

Since taking charge of Shakhtar in 2016, Fonseca has led the team to back-to-back league and cup doubles whilst he also guided his side to the last-16 of the Champions League.

The 45-year-old’s impressive performance since taking the reins has not gone unnoticed and there has been huge interest from across Europe, specifically in the Premier League.

West Ham United and Everton, who have parted ways with David Moyes and Sam Allardyce respectively, were both said to be showing a keen interest in signing the Mozambique tactician.

However, Fonseca ended doubts about his future by putting pen-to-paper on a new two-year contract on Thursday and he has revealed why he chose to ignore the chance to move to England.

“Over the two seasons, we’ve won almost everything in Ukraine,” he said.

“This year, we’ve also had a great Champions League campaign, which made me somewhat more famous abroad.

“The truth is that there were other proposals that made me assess the situation. And at the same time, I understood that I wanted to continue this project – to work at the club who received me very well.

“I feel great in this country, they respect me here. I have a special relationship with all people, and it’s clear that I wanted to continue working here.”

Fonseca’s decision to stay at Shakhtar means both West Ham and Everton will have to turn their attention elsewhere in their search for a new manager.

Rafael Benitez and Manuel Pellegrino are said to be leading the way to take charge of the Hammers whilst Marco Silva is favourite for the Toffees job.