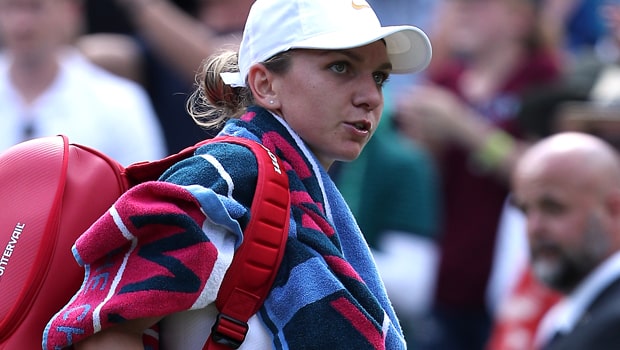 World number one Simona Halep has confirmed she will not be competing at the upcoming WTA Finals in Singapore because of a lower back injury.

Huge doubts surrounded the Romanian’s participation in the season-ending event after she was forced to withdraw from this week’s WTA event in Moscow.

It was hoped the 27-year-old, who broke her Grand Slam duck at the French Open this year, would recover in time for the tournament in Singapore, where £5.34million prize money is available.

However, Halep, who also triumphed in China and Canada this year, will not be competing in Kallang after she revealed the back injury has brought a premature end to her season.

“I’m not ready to compete at this level and I’m still sore,” she said.

“I didn’t practise for the last four weeks. It’s always difficult to withdraw from a big tournament.

Actually, I think it’s the first time in my life. So it was a tough decision, but it’s better for my health.”

World number 10 Kiki Bertens, who is the first Dutch woman to break into the WTA’s top 10 since Brenda Schultz-McCarthy in 1996, will take Halep’s place in the tournament.

The 26-year-old, who lost in the doubles final alongside Sweden’s Johanna Larsson last year, spoke of her delight after being handed the final spot.

“I’m very happy with my season and to finish it off at the WTA Finals is the ultimate prize,” said Bertens.

“I have great memories in Singapore from reaching the doubles final last year.”