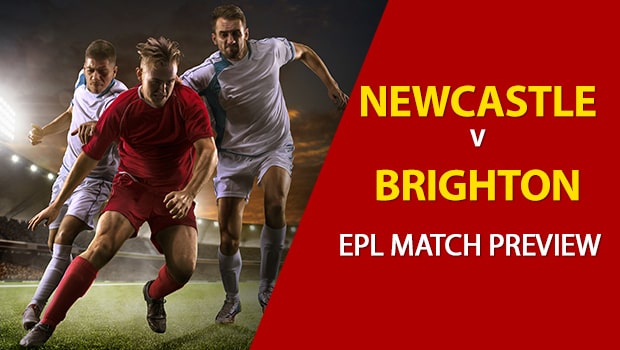 Newcastle are No. 19 of 20 in the Premier League standings currently and will look for some sort of a season reset as they take on Brighton this weekend. Brighton sit in the No. 13 spot, six points better than their opponents.

Betting on the Total: Odds — at 2.06 — indicate there’s a 48 percent chance the total combined score stays below 2 combined goals. That happens in about 51 percent of AccuScore sims, suggesting some added value on the pick. The UNDER is a four-star (out of four) AccuScore hot trend pick.

The average combined score in AccuScore sims is 1.66 goals.

Strong Start: Watch for a fast start from Newcastle, playing with a sense of desperation.
“They’re going to start the game very fast and we have to try to control the pace,” Brighton captain Bruno said this week in preparation for the weekend’s match. “Their fans will be behind them, but if they don’t play well, they’re going to be on them.”

Odds — at 3.20 — indicate there’s a 31 percent chance the match ends in a draw. There’s a draw in over 35 percent of AccuScore sims, suggesting some added side value on the draw.