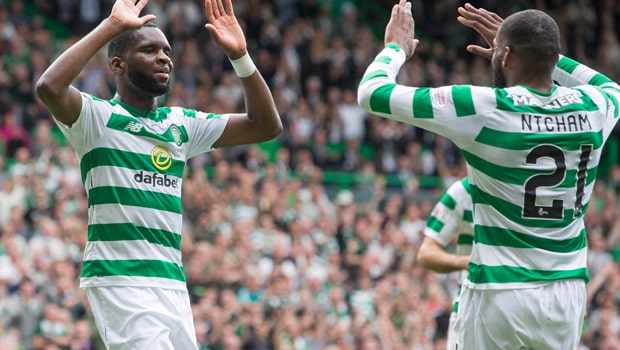 Odsonne Edouard has been impressed with Hibernian’s form this season and the Celtic striker knows Saturday’s clash at Parkhead will be a good test for his side.

Having dominated the Scottish Premiership for the last seven years, the Bhoys have found life more difficult this term and two defeats from their first eight league games have left the defending champions third in the table.

Brendan Rodgers’ relationship with the club’s hierarchy is said to have deteriorated after a poor summer transfer window, and the inconsistent results have increased rumours that Hibs boss Neil Lennon may return as manager.

After a 3-1 defeat to Salzburg in the Europa League, Celtic did hit back in fine style with a 6-0 thrashing of St. Johnstone and they will be hoping to keep the momentum going now the international break is over.

However, second-place Hibernian recorded their own 6-0 win at home to Hamilton last time out and Lennon’s men are just two points behind table-toppers Hearts heading into the weekend’s fixtures.

Edouard, who has scored twice from seven league games this season, knows the challenge that awaits his side but he is looking forward to taking on Hibs. “Hibs are a very good team,” he told Celtic View.

“I have realised this from playing them since I’ve been at Celtic. They are good enough to be competing for the title.

“If we want to win the league this season, then this is the kind of opponent we have to beat. It’s a good challenge for us to see if we can keep our momentum in the league.”

Celtic are 1.44 favourites to pick up the win, a draw is priced at 4.75 while Hibs are 7.00 outsiders to come away with all of the spoils.