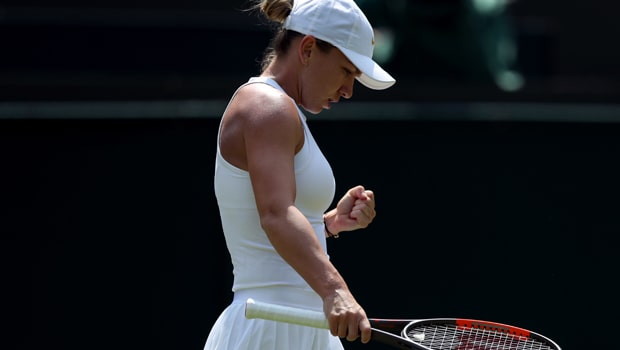 Simona Halep is pleased with her form on clay as she continues to prepare for her defence of the French Open.

The number three seed said after the last-eight encounter: “For me, it’s a huge victory. It’s a huge match that I played today.

It means a lot that I could win this match. “It was very difficult and every point was important.

I tried to stay calm during the points because sometimes I force and I miss, but with [Barty] you have to keep the ball on court and try to mix also like she does.”

Halep will play Belinda Bencic in the semi-finals after the 22-year-old from Switzerland recorded her second victory in a row against Naomi Osaka.

Bencic, who defeated the world number one at Indian Wells in March, produced a superb display to beat the Japanese player 3-6 6-2 7-5.

Bencic was trailing 5-4 in the deciding set only to break Osaka’s serve when the Australian Open champion was on the verge of victory.

Bencic’s best performance at a Grand Slam came in the 2014 US Open when she reached the quarter-finals while she was knocked out at Wimbledon last year in the fourth round by the eventual champion, Angelique Kerber.

Halep, who beat Sloane Stephens in last year’s French Open final, can be backed at 1.30 to beat Bencic while she is available at 1.85 to win the Madrid Open outright.