Toto Wolff refusing to be complacent despite great start 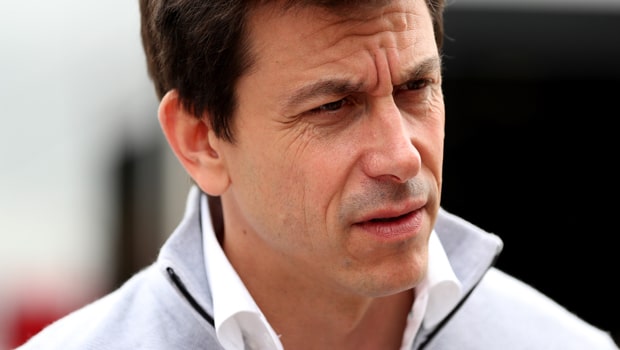 Mercedes boss Toto Wolff says his team will not take their foot off the gas, despite a near perfect start to the 2019 season.

The Silver Arrows have taken the unprecedented step of finishing one-two in the first four races of the new season, with five-times World Champion Lewis Hamilton and team-mate Valtteri Bottas sharing two victories each.

It has been a remarkable start for the team that has dominated the sport in recent years, made more so by the fact that Ferrari looked like the team to beat from pre season testing.

However, they have severely struggled to match the pace of Mercedes this term, with tactical and driver errors coming to the forefront yet against after a collapse in the second half of 2019.

Despite holding a 74-point lead over Ferrari in the Constructors’ Championship, Wolff insist that they will not get complacent about their position, as the F1 paddock heads to the Circuit de Catalunya in Spain for the first leg of the European season – the track where Ferrari set their impressive testing times.

“Nobody would have predicted four consecutive Mercedes 1-2s after winter testing,” said Wolff.

“But here we are having scored 173 points in the first four races – a remarkable result which is first and foremost testament of the amazing work of every single member of the team.

“Our devotion to the task, our hunger for victory and our love of racing are stronger than ever. The results seem to paint a relatively clear picture, but the truth is that they’re too flattering. The performance has fluctuated in the first four races.

“We had the fastest car in Australia and China, but we won in Bahrain thanks to our reliability when we were on the back foot in terms of speed. And while our race pace looked good in Azerbaijan, we were never able to build a truly comfortable gap to our rivals.

“So, there is no complacency about our situation because we know that it’s not truly representative of the balance of power this season so far.”

Mercedes are 1.44 to make it five from five though Ferrari might have something to say about that and are priced at 2.80 to win the Spanish Grand Prix.