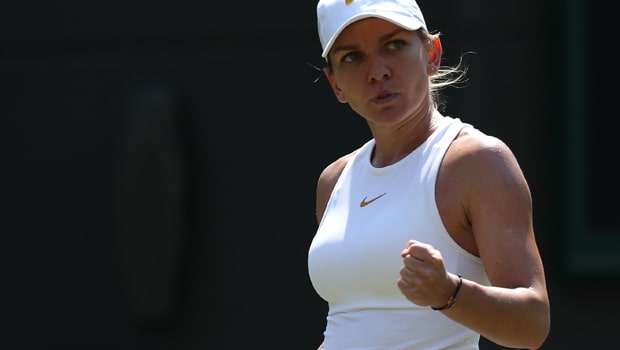 Having broken her Grand Slam duck in 2018, Simona Halep wants at least one more major title next year, with Wimbledon a particular goal.

The world number one can look back on a successful season, winning three titles this year including the French Open.

She has also spent the vast majority of the year at the top of the WTA rankings but is already looking ahead to the new season, with the All England Club a major goal.

She said of the forthcoming season: “I hope it goes well, I want a new Grand Slam trophy, it’s a goal every year.

“I won French Open, now Wimbledon is the goal. I am confident it will be a good year even if it could be tougher to start because in the late end of the season I did not play too many matches.”

Halep’s best return at Wimbledon is a semi-final appearance in 2014 while she was a beaten quarter-finalist in 2016 and 17 and suffered a third-round exit last year.

She looks set to start the new season without a coach as Darren Cahill, who had been with her four years, has left his role due to family commitments.

“I thought about it and I will not have a coach in the following period,” Halep told Romanian Press.

“I want to go to some tournaments on my own and we’ll see how that goes.”

Halep has been suffering from a back injury in the latter part of 2018, a problem which is scheduled to keep her out of action in the first week of the new season, but she is hoping for a full recovery in time for the Australian Open.

She reached the final in Melbourne this year, losing out to Caroline Wozniacki in three sets.