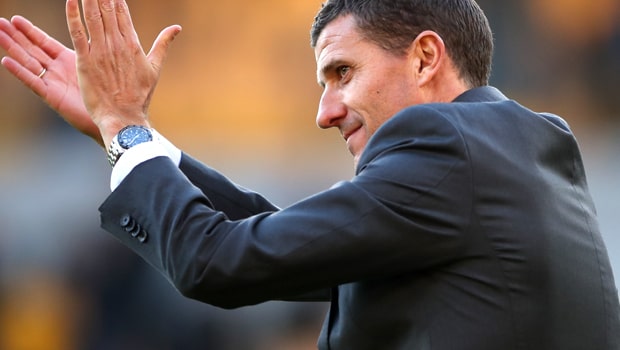 Watford boss Javi Gracia says he will not alter his attacking principles on Saturday despite Liverpool being the visitors.

The Reds travel to Vicarage Road second in the table after an unbeaten start to the league season, having scored 23 goals in their 12 games so far.

Mo Salah, Roberto Firmino and Sadio Mane have spearheaded Liverpool’s great run even if they have not, as yet, scored as heavily as last season.

They beat Watford 5-0 at Anfield back in March but, after a good start to the season themselves, the Hornets boss says they have their own style which is working and wwhich should not be altered regardless of the opposition.

He told the club’s official website: “We will not modify our style, we will be loyal to our style and play the way we usually do, but knowing we have to be careful with their players because they are very, very good.

“We know we are playing against this team and you need to play at a high level doing your best. It will be very, very demanding and if you make a mistake, they punish you. We’ll have our possibilities, but we want to enjoy playing the game and we try to get a good result.”

Liverpool, despite winning nine and drawing three of their 12 league games so far, are not top of the table and trail Manchester City by two points.

Watford, after their own good start to the campaign are in seventh, and the Hornets are 6.00 to win on Saturday, with Jurgen Klopp’s team 1.53 and the draw 4.33.

Gracia has not yet signed a new deal at Vicarage Road but says he will in the coming days, having been focused on preparing for the Liverpool game first.