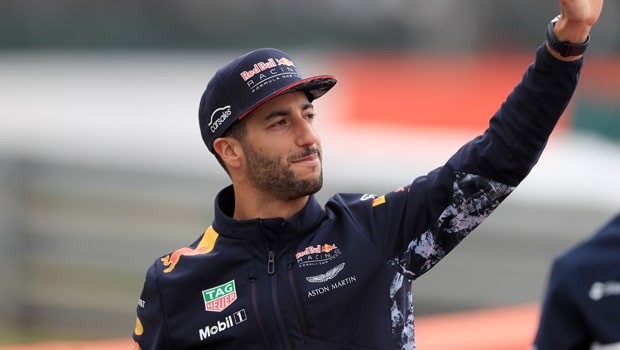 Daniel Ricciardo says that he is aiming to depart from Red Bull with one last podium finish. The Australian leaves the team at the end of the season after five years to join Renault and, after a frustrating campaign, is looking to sign off on a high.

Though the 2018 season has been dominated by Mercedes and Ferrari, Red Bull have enjoyed a good run in the last few races.

However, that has been solely due to the success of Ricciardo’s team-mate Max Verstappen who won the Mexican Grand Prix and has secured four successive podium finishes.

The season started well for Ricciardo, winning in China and Monaco, but he has not finished above fourth since and has failed to finish in six of the last 12 races.

He ends his time with Red Bull in the Abu Dhabi Grand Prix on Sunday and would dearly love to celebrate in style.

“For two reasons: because it’s my ending with this team for now but also this year when I’ve only stood there twice and that was for a win. I haven’t had any seconds or thirds.

“Just as it’s been such a long time between drinks, so to speak, so that in itself would be a big moment for me.

“But to close the book with Red Bull on the podium and see them all down there [in the pit lane] celebrating and spray some fake champagne, rosewater I think it is here, would be cool.”

Ricciardo is guaranteed to finish sixth in the drivers’ championship, with Lewis Hamilton having won a fifth world title with races to spare.

Ricciardo is 13.00 to secure pole position in Abu Dhabi while he is 10.00 to win the race itself. Hamilton is 3.40 to top off another successful year with a win while Sebastian Vettel is 2.70.