Simona Halep squeezes through in Melbourne 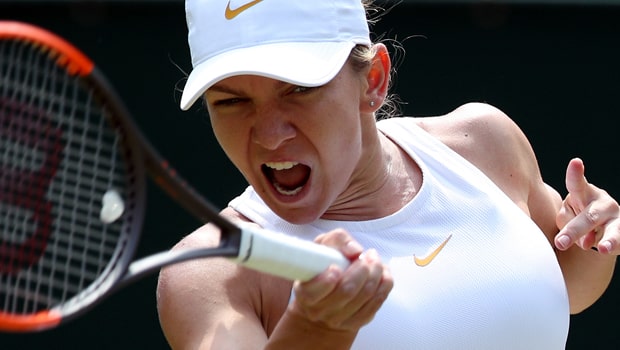 Simona Halep survived a brave fightback from Sofia Kenin to edge her way into the third round of the Australian Open on Thursday.

The world number one, who was beaten in the final by Caroline Wozniacki in Melbourne 12 months ago, claimed a 6-3 6-7 (5-7) 6-4 victory over her America opponent.

The Romanian had looked in complete control midway through the second set, as she was up by a set and a break, but Kenin responded and was the first to break during the decisive third set.

Halep, who was also taken the distance by Kaia Kanepi in the first round, was able to rally, however, as she eventually came through after two hours and 34 minutes on court.

The 27-year-old was clearly relieved to make it through to the third round, particularly as she revealed that she was hampered by an unspecified injury during the second set.

“I have no idea how I won,” Halep told reporters. “It was difficult to stay in there for every ball and run so much. But I just fought because I wanted to win.”

Halep, who is priced at 17.00 to claim overall glory in Melbourne, will now face seven-time Grand Slam winner Venus Williams in the last 32 after she also battled through in three sets during her second round match against Alize Cornet.

Other notable second round winners on Thursday included fourth seed Naomi Osaka, who overcame Tamara Zidansek in straight sets, and Elina Svitolina, who was also a comfortable winner against Viktoria Kuzmova.