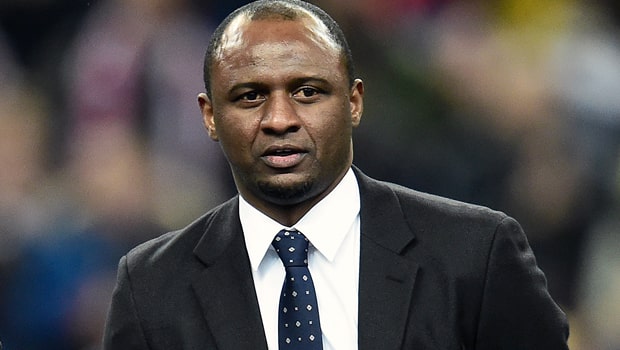 Patrick Vieira feels his Nice side showed a lot of ‘desire’ as they secured a 1-1 draw away at Monaco in Ligue 1 on Wednesday.

The build-up to the match at the Stade Louis II had been dominated by Vieira’s showdown with former France and Arsenal team-mate Thierry Henry, who is manger of Monaco.

However, once the match started, all sentiment went out of the window, as Nice raced into the lead thanks to Allan Saint-Maximin’s fifth league goal of the season.

Nice would have fancied their chances of winning from their against a Monaco side that are yet to record a league victory at home this season, but they then had forward Ihsan Sacko sent-off on the stroke of half-time and the hosts were able to capitalise when Benoit Badiashile grabbed an equaliser.

Both sides missed opportunities to win the match after that, but Vieira was delighted with the battling spirit his team showed as they made it four points from a possible six since the winter break.

“Monaco could have won at the end. In the first half, they had two chances where we put ourselves in danger by losing the ball. But Thierry can also be happy with the draw,” Vieira told reporters.

“There is still pride in having held on with 10 against 11. The players showed lots of desire, they didn’t want to lose, they doubled their efforts.”

The result leaves Nice sixth in the Ligue 1 standings and they are still in the hunt for European qualification ahead of their trip to Reims this weekend.

Les Aiglons are priced at 3.50 to emerge from that match with all three points, while Reims are available at 2.25 and the draw is on offer at 3.20.