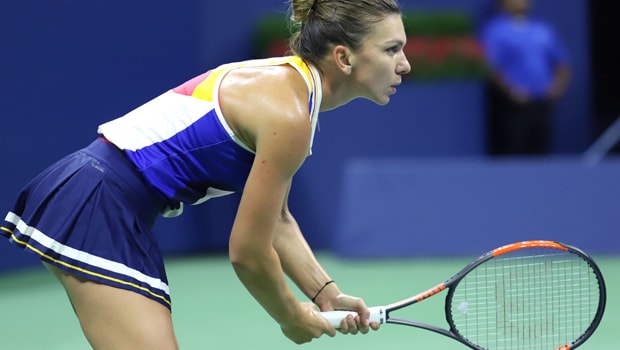 Simona Halep says she will take time to get some rest before the final Grand Slam of the year takes place in New York next week.

The world number one had intended to play the New Haven Open to get some practice in before heading to Flushing Meadows but has now decided to take time off instead.

Halep said in a statement: “It’s really disappointing to withdraw from a tournament.

I feel tired and the Achilles was really sore. I won here and it’s always nice to come back but unfortunately I cannot play this year.

“Just this morning I decided it was really tough to get on court again. I had two really great weeks. Actually, I didn’t expect those weeks to be so good so I really wanted to play here, that’s why I asked for a wild card. It’s tough to take this decision but I have to, I have to rest.”

It has been a hectic, if successful, schedule for Halep in recent weeks having won the Canadian Open in Montreal, beating Sloane Stephens in the final and then reaching the final in Cincinnati before losing out to Kiki Bertens.

Halep says that she will spend this week getting some rest before getting back on court towards the end of the week to get some practice in.

Her best performance at the US Open was a semi-final appearance in 2015 but whatever happens this year, 2018 will go down as the year she finally won a major, coming from a set down to beat Stephens in the French Open final.

Stephens is the defending champion in New York, having won her first Grand Slam there last year and she is 7.00 to win again in 2018.