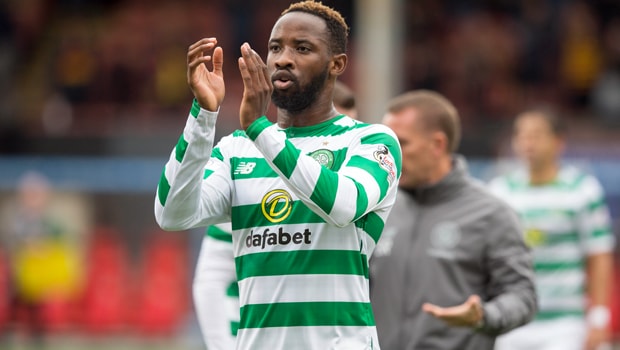 Former Celtic striker John Hartson says he hopes that the club will manage to hang on to Moussa Dembele.

Speculation about the striker has surfaced at times throughout the summer, especially since Celtic were knocked out of the Champions League by AEK Athens.

However, with Brendan Rodgers’ side now having the Europa League to contend with together with the challenge of trying to win another domestic treble, Hartson is hoping that the Scottish giants can hold on to one of their prized assets.

After a stunning first campaign in Scotland, the Frenchman struggled to repeat his heroics last time season but Hartson has still warned against selling him.

He told the Evening Times, he would be wary of interest coming from France, adding: “Celtic would need to boot that one out right away. I just think Celtic are a far better team when he is in it.

“He makes them more dynamic, he raises the bar, he has an energy and a presence about him and if I was in charge at Celtic, I’d be building a team around him.

“There is a treble to defend. There is hopefully going to be a Europa League campaign to feature in. Keeping your best players is what you need to do to realise the ambitions that you have.”

Dembele has been a substitute in Celtic’s last two matches but is expected to feature in the club’s Europa League play-off game against Lithuanian side Suduva.

Celtic suffered two straight defeats, away to Hearts in the SPL and then to AEK Athens in the Champions League but beat Partick 3-1 last weekend to get through to the third round of the Scottish League Cup.

Celtic are 1.15 to win the Scottish Premier League again this season.