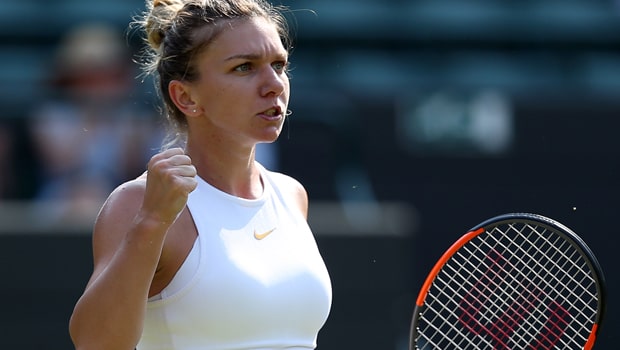 World number two Simona Halep is ready to dust herself down after an early exit at the Dubai Championships as she dreams of returning to top spot in the rankings.

The Romanian, who can be backed at 5.00 to win the 2019 French Open, admitted fatigue got the better of her after losing 4-6 6-4 6-2 to Switzerland’s Belinda Bencic in Thursday’s quarter-final tie.

Bencic, who had shown resilience to save six match points before beating Aryna Sabalenka in the previous round, once again dug deep to advance.

Halep was broken on serve seven times and claimed she was feeling the toll of playing nine matches in the past fortnight.

“I had great matches. My level is good. Physically, also I’m good, but day by day I had to play, so it’s not easy,” Halep said.

“I was tired. After the second set, I felt like I’m getting cramps a little bit. It’s normal. I was sweating a lot.

“I couldn’t serve that well because of my Achilles. I felt it in last match a little bit. The left leg, a little bit of cramping. But there are no excuses, just the fact that I’m tired.”

The 2018 French Open champion will be hoping to defend her crown on the clay when the tournament gets underway in May.

In the meantime, Halep is targeting a return to the world number one spot and she will have the opportunity to hone in on current leader Naomi Osaka in the upcoming Sunshine Swing.

“It’s second month of the year, so it’s okay,” she added.

“It’s good to be number two in the world, it’s not bad. I’m enjoying the moment. I’m going to dream for the number one.”