Posted by Vincent Henderson on February 22, 2019 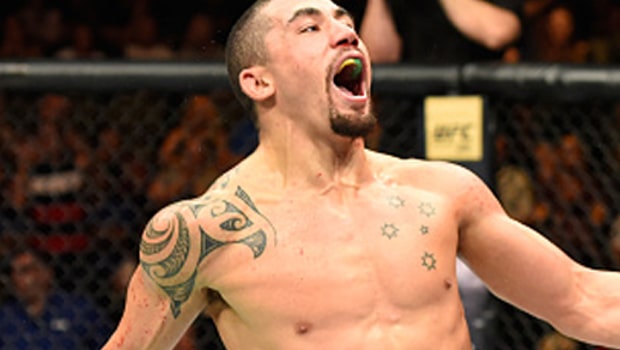 Whittaker was scheduled to defend his title against Gastelum at UFC 234 earlier this month, but the champion had to pull out on the day of the fight.

He was rushed to hospital with a collapsed hernia and it remains unclear when he will be ready to return to the octagon.

In the meantime, the organisation has decided to create an interim middleweight title to ensure the division can continue in his absence. Gastelum and Adesanya will square off at UFC 236 on April 13 and Whittaker is hoping to be back to face the winner within three months.

Whittaker said: “I’m looking to fight the winner of that. I guess, in terms of timelines and dates, it will be a month – two or three months after that. Three months maximum, one month minimum.

That’s the kind of timeline I’m looking for.” Adesanya is undefeated in 16 MMA fights, having fought under the UFC banner on five occasions, and many believe he has the attributes to rule the division.

The Last Stylebender eased past the legendary Anderson Silva last time out, but Whittaker isn’t completely convinced. He added: “I think that Adesanya isn’t as good as he thinks he is.