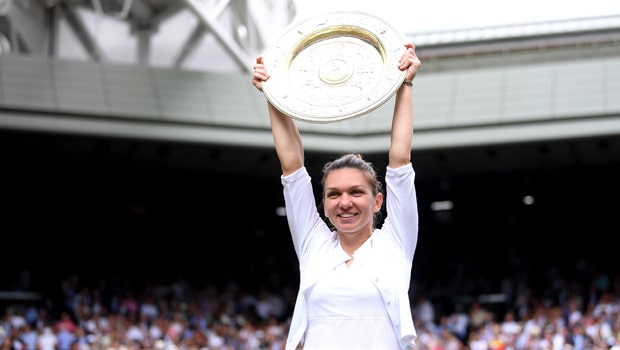 Former world number one Simona Halep says she “cannot wait to get back next year” after thrashing Serena Williams in Saturday’s women’s Wimbledon final.

The 27-year-old made just three unforced errors compared to Williams’ 26 while the Romanian won 83 per cent of her first serves, considerably higher than her American opponent’s 59 per cent.

Having lost her first three Grand Slam finals, Halep has now won her last two, having triumphed at the 2018 French Open, and she is already looking forward to returning to SW19 next year following the best performance of her career.

“It was my best match. Serena has always inspired us so thanks for that. it was the first time in front of the Royal Box,” she told the BBC.

“I had nerves! My stomach was not very well before I came out on the court. But I just concentrated on doing my best. “I have changed my game a bit to win more matches on the grass and this year I felt that I could do more with the ball and I cannot wait to get back next year.”

Following her Wimbledon triumph, Halep is now 8.00 to win the US Open at Flushing Meadows, which runs from August 26 – September 8, while Williams still heads the betting at 5.00.

Defending champion Naomi Osaka, who suffered a shock first-round defeat to Yulia Putintseva at Wimbledon, is an 8.50 chance to defend her title while world number one Ashleigh Barty is a 10.00 shot.