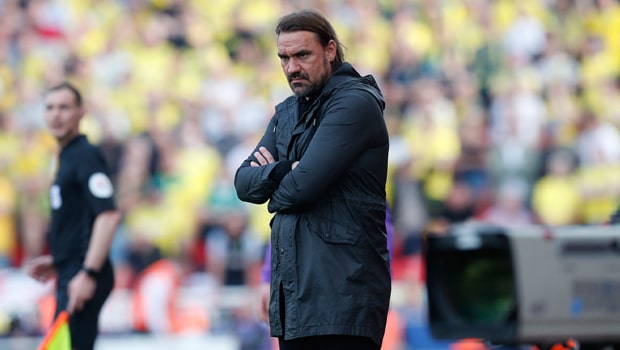 Norwich City manager Daniel Farke says he is hoping to bring in “one or two” new signings before the summer transfer window closes, but he believes the current squad can cope with Premier League football.

The Canaries are currently preparing for life back in England’s top flight and Farke has managed to add three new faces to his squad, bringing in striker Josip Drmic, midfielder Patrick Roberts and goalkeeper Ralf Fahrmann.

Norwich have also managed to tie down several first-team players to new contracts, including striker Teemu Pukki and defender Christoph Zimmermann, while they have been able to keep hold of right-back Max Aarons.

Farke’s men continue to be linked with a number of potential recruits and the manager has revealed the club are still searching for more additions, if the right player becomes available.

“My feeling is the group is not too big at the moment. It could be we make one or two additions,” he said, speaking to the club’s official Youtube channel.

“We want to work with a core group. “The players should feel comfortable but in one or two positions we could need some additions and we are looking to bring in someone, but with no pressure.”

Norwich, who are 1.83 to get relegated from the Premier League, open their pre-season tour of Germany with a friendly on Sunday against Bundesliga 2 opponents Arminia Bielefeld.

The Canaries kick off their campaign with a trip to Liverpool on August 9 and the visitors are massive 19.00 outsiders to pick up the three points, a draw is priced at 7.00 while the Reds are 1.17 favourites.