Frank Lampard: Opportunities must be seized 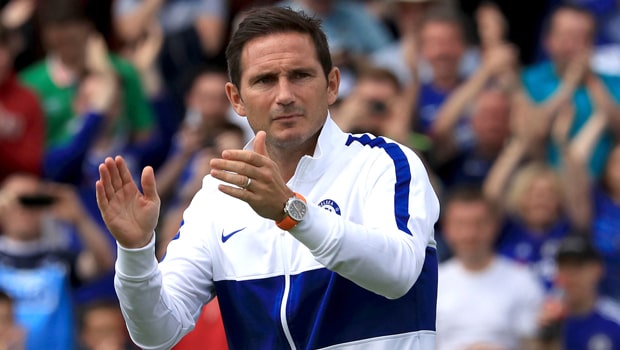 Chelsea manager Frank Lampard says there will be more chances for the younger players during pre-season and they must take the opportunities that come their way.

Having drawn his first game in charge since being appointed Chelsea boss, Lampard picked up his first win on Saturday as the Blues recorded a 4-0 victory over St. Patrick’s in Dublin. The former Derby County boss, who led the Rams to the Championship play-off final last season, gave minutes to returning loanees Mason Mount, Tammy Abraham and Fikayo Tomori, who are all 21 years of age or younger.

Defender Kurt Zouma, 24, and striker Michy Batshuayi, 25, who also had loan spells away from the club in the 2018/19 campaign, were also given the opportunity to shine in Ireland. With Chelsea under a two-window transfer ban, much has been made of Lampard’s need to give the younger players more opportunities and he admits there will be more chances for them to impress.

“A lot has been made of the younger players we have here and, of course, they need to have the door open and know they can impress, like a lot of them did today,” he told Sky Sports News.

“You could see from the first moments that Mason [Mount] and Tammy [Abraham] and [Fikayo] Tomori were really at it and that’s what we want, we need to have competition within the squad. “We want to see these players and now it’s down to themselves to show they deserve a place in the team.”

Lampard’s first Premier League in charge of Chelsea will be away at Manchester United on August 11 and the visitors are 3.30 to claim the spoils, while a draw is priced at 3.40 while the Red Devils are 2.20 favourites.