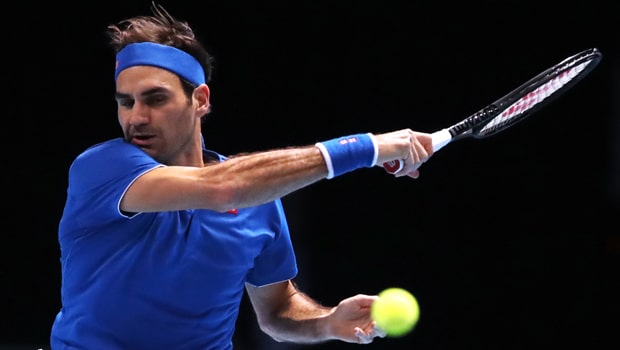 Roger Federer and Stan Wawrinka will square off in an eagerly-anticipated all-Swiss showdown in the French Open quarter-finals.

The 20-time Grand Slam champion, Federer, hasn’t appeared at the clay court Grand Slam in any of the last three years but he’s making excellent progress in Paris this year.

He made short work of Argentine Leonardo Mayer in a 6-2 6-3 6-3 on Sunday, while Wawrinka later outlasted sixth seed Stefanos Tsitsipas in a five-set thriller at Roland Garros to book his quarter-final spot.

Wawrinka is the last man to beat Federer at the French Open, knocking out his compatriot en route to the title in 2015.

His career was threatened by a knee injury following Wimbledon in 2017, seeing Wawrinka drop outside of the world’s top 250.

He’s now climbing back up the rankings (currently 28th) and feels good about his game again. “It’s incredible, lots of emotions. Thanks to all the fans for staying and the support,” said the Swiss after a victory that required more than five hours court time again the 20-year-old Greek.

“It’s for these kind of emotions that I live for after coming back from injury.”

Federer, whose only French Open title came in 2009, etched his name into the history books one more time on Sunday as he matched Chris Evert’s record of 54 Grand Slam quarter-final singles appearances in the Open Era.

He recalled the 2015 Paris encounter with angst, both for the outcome and for his friend and rival Wawrinka’s fashion.

“I have a bad memory of it,” said 37-year-old Federer. “Stan beat me in three sets with his terrible shorts! But he played really great that year.”

Elsewhere on Sunday, Rafael Nadal eased past Argentina’s Juan Ignacio Londero with a 6-2 6-3 6-3 success. Nadal is favourite at 1.73 to win another French Open crown, with Wawrinka 17.00 and Federer 19.00.