Johanna Konta: ‘Everyone is beatable now’ 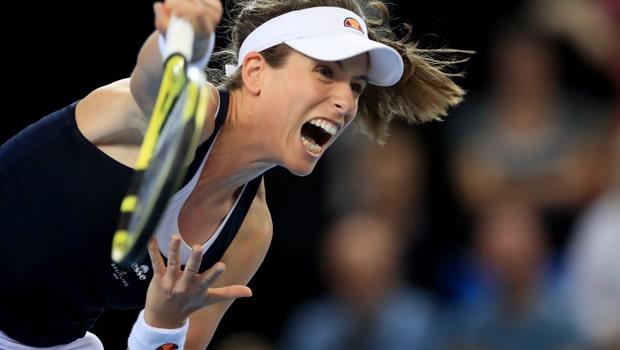 Johanna Konta booked her quarter-final berth at the French Open in Paris before concluding there is a belief within women’s tennis now that ‘everyone is beatable’.

Konta swept aside Croatian 23rd seed Donna Vekic in the last 16 on Sunday and will duel with last year’s runner-up and seventh seed, Sloane Stephens, in the quarter-finals.

It is Konta’s first appearance at this stage of the clay court Grand Slam event and she’s relishing being into the second week at Roland Garros.

She feels the women’s game is in a good place, with spectators able to enjoy matches that can go either way.

“It’s nice for people to also enjoy matches where nothing’s a given and it can be unpredictable,” said Konta.

“That’s the beauty of sport, to have battles where you’re not sure what the end result is going to be until it happens.”

World number one Naomi Osaka, 23-time Grand Slam champion Serena Williams and second seed Karolina Pliskova were among the early casualties in Paris, with seven of the top ten seeds having crashed out already.

Czech teenager Marketa Vondrousova and Croatian 31st seed Petra Martic will be appearing in the last eight of a Grand Slam for the first time. Asked if there was a feeling everyone was beatable, Konta told her press conference: “I think that’s been the growing mood for quite some time now.”

Konta is trying to become the first British woman to reach the semi-finals in Paris since Jo Durie in 1983. She’s 2.15 to overcome Stephens in the quarter-finals, with the American favourite at 1.67.