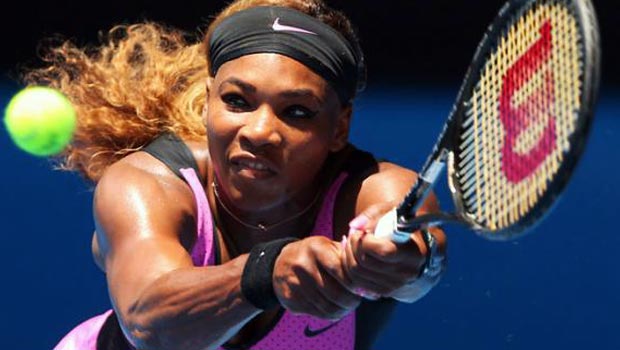 World number one and top seed Serena Williams ended any doubts about her fitness when beating Silvia Soler-Espinosa 7-5 6-2 in the first round of the China Open.

The American powerhouse retired with a viral illness against Alize Cornet in Wuhan recently and was broken three times by Soler-Espinosa before saving three set points at 5-0 down to rally and take the first set in Beijing.

The 18-time major winner had no such difficulties in a lop-sided second set against the Spanish qualifier and closed out the win in one hour and 13 minutes.

“It was really exciting to come away with the win today. I got off to a slow start, but I just really, really wanted to win and get some matches under my belt, so it was good,” Williams said.

The Florida resident insisted she was over the dizziness and nausea which cut short her Wuhan campaign and said she was getting stronger by the day. Williams was affected by a similar scare in a Wimbledon doubles match earlier this year and pulled out after she hit four straight double-faults.

“I just started hitting a couple days ago, taking it day by day.

Finally I decided I’m here, I may as well see what happens,” Williams said. “I’m feeling a lot better. I have more energy. I look back. Like my eyes aren’t as dead as they were.”

In the second round, she faces another qualifier, Tsvetana Pironkova, after she saw off Maria Kirilenko 6-4 6-1. Elsewhere in Williams’s section of the draw, there were wins for number 13 seed Lucie Safarova, who defeated Camila Giorgi 7-6(3) 6-4, and Mona Barthel, a
4-6 6-1 6-4 winner over Bethanie Mattek-Sands.

Serena Williams is currently priced 1.04 in the match betting and Tsvetana Pironkova is quoted 9.33 by Dafabet.