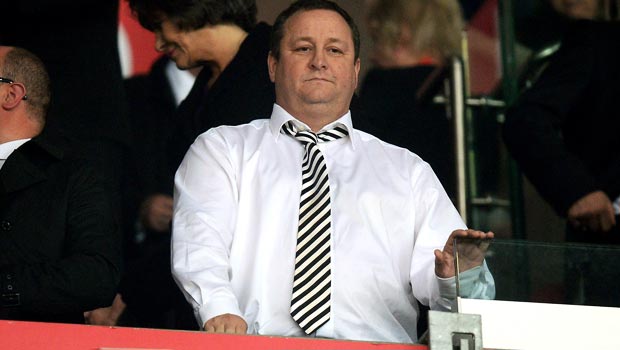 Under-pressure Newcastle United manager Alan Pardew has said he expects to have “serious conversations” this week with owner Mike Ashley.

Pardew made the admission after seeing his side crash to a third defeat in the Premier League so far this season in a 1-0 reverse against Stoke City at the Britannia Stadium on Monday.

The 53-year-old has come under mounting pressure from a section of Newcastle supporters to step down off the back of a wretched run which has seen the north-east club win just five top-flight games since the start of the calendar year.

When asked if he expected to hold talks about his future in response to Monday’s defeat, Pardew told Sky Sports: “No, we will have some serious conversations before Saturday.

“He [Newcastle owner Mike Ashley] doesn’t want to lose and neither do I.

“I’ve never really been in this situation before, it’s a bit unique.

“But I’m a professional football manager and that’s what I’ll continue to do.”

Newcastle remain without a win in the Premier League this season and share bottom-spot in the table with top-flight newcomers Burnley.

Summer signing Jack Colback hit the crossbar with a late effort for the visitors as they pushed for an equaliser and Pardew felt Peter Crouch’s winner could have been avoided.

“We let ourselves down on the goal and that was the difference really,” he added.

“It leaves us in a position where we are in the bottom three. I have to fight, the team has to fight, to turn this around.”

Chelsea are currently priced 5.50 to win this season’s Premier League title race and champions Manchester City are available to back at 6.50.